Natasa Pantovic on her biggest inspirations behind her books, her life journeys around the globe and her ventures within the business world

As ancient worlds consciousness researcher, Serbian/Maltese author and businesswoman Natasa Pantovic and I sat knee to knee from one another, she spoke proudly to me of her several accomplishments throughout her life.

Since I had previously researched that she had written up to ten books as an author, several of which had taken years to write, I began with my first question:

“I researched that you’re an author that has written up to ten books within your career, this doesn’t sound like much of an overnight process, so how many years did it take you to write them, and when did you begin?”

“It is a lifetime Journey isn’t it?”

She answered, laughing gently before continuing. “I have published my very first book in 1993 in Serbia, a very long time ago, I’m actually at the moment fifty four years old, so I had a huge amount of years to do all of this.” 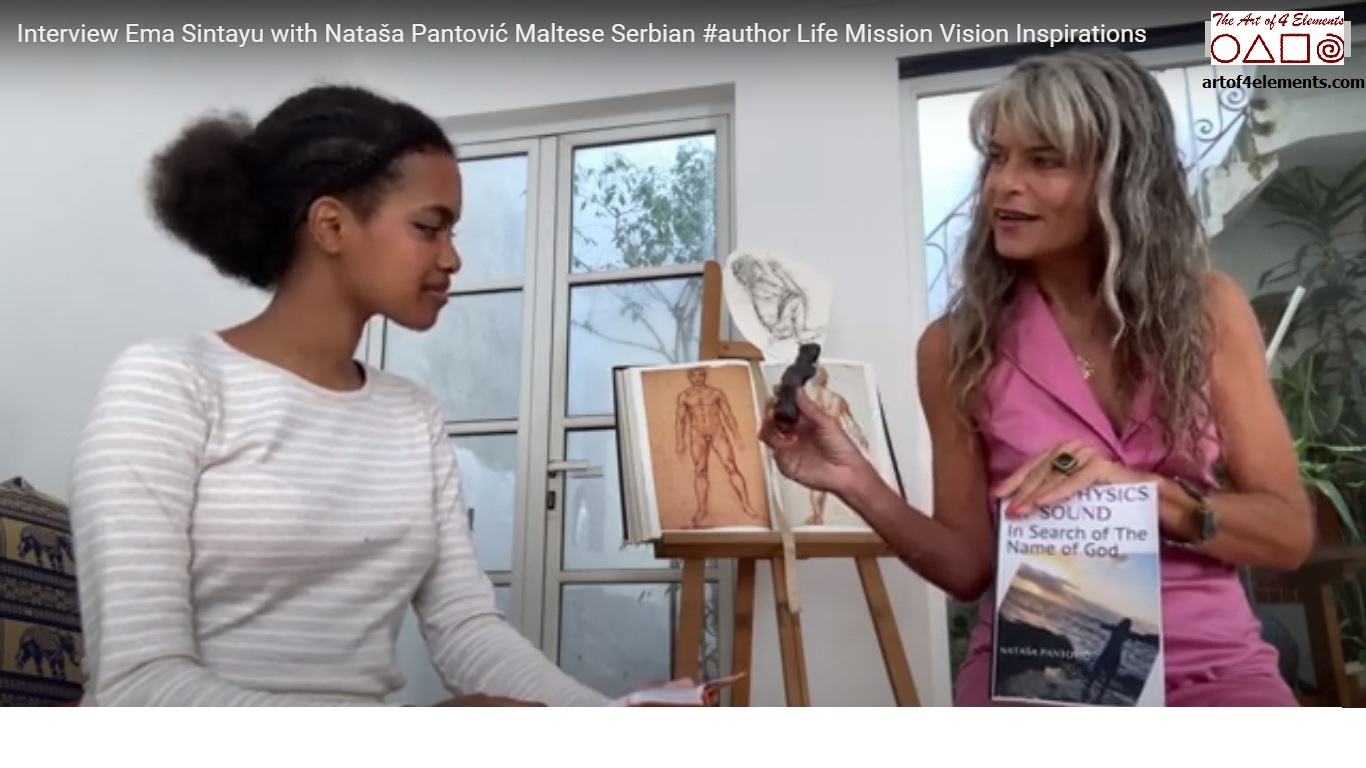 Natasa Pantovic with Ema Sintayu on her biggest inspirations holding ancient Serbian goddess from Vincha and her book Metaphysics of Sound: In Search of the Name of God

She continued to explain that she had recently published eight books with an independent publishing house called Artof4elements that she runs herself. The publishing house part of a venture she took part in with eight other authors, who so far together managed to publish forty four titles.

Natasa then also gave more insight into her past focus and experience within the business world, revealing that she had been a Management consultant for twenty years and a head of Business development for large companies such as Deloitte, which gave rise to many opportunities. One of them being the ability to travel all over the world, and live in many different countries.

From her magnificently insightful answer, I took note that the woman before me was clearly quite an adventurous and hardworking person, which led me to my next question for her: