The Best Books On The Ancient Mediterranean Classics Beyond The Usual

Nataša Pantović holds an MSc in Economics and is a Maltese Serbian novelist, adoptive parent, and ancient worlds’ consciousness researcher. Using stories of ancient Greek and Egyptian philosophers and ancient artists she inspires researchers to reach beyond their self-imposed boundaries. In the last five years, she has published 3 historical fiction and 7 non-fiction books with the Ancient Worlds' focus. She speaks English, Serbian, all Balkan Slavic languages, Maltese and Italian. She has also helped build a school in a remote village of Ethiopia, and has since adopted two kids, as a single mum!

Metaphysics of Sound: In Search of The Name of God 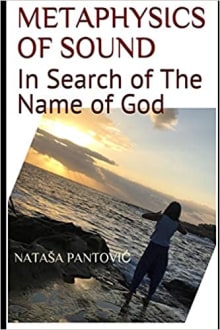 What is my book about?

Join Nataša Pantović on a mind-boggling tour of history and sounds - from the Ancient Sumerian Priestess Sin Liturgy right up to the development of Ancient Greek and Cyrillic alphabet. This new novel contains a dialogue between two European cultures, Roman and Greek from an Ancient Slavic perspective, an intimate encounter of Balkan, its history and culture, a glimpse into the evolution of Ancient Egyptian’s, Ancient Maltese, Ancient Greek - Yonic and Slavic sounds. A Brief History of the world Beyond the Usual (the subtitle of the book) contains the historical overview of the development of people, sounds, and symbols as frequencies.

The Books I Picked & Why

Language of Amarna - Language of Diplomacy: Perspectives on the Amarna Letters 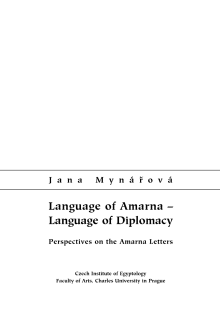 Better known as Amarna Heresy, a philosophical discussion from Ancient Egypt's Babylon about Monotheism and Trinity written 3,000 years ago. “To the King, My Sun, My God, the Breath of My Life…” This remarkable collection contains requests for gold, offers of marriage, warning of a traitor, and promises of loyalty to the pharaoh – letters of correspondence, all written in Akkadian. The Amorite tribes from Babylonia, form part of this correspondence.

Akhenaten 1378 - 1361 BC, was the first Egyptian ruler in history, who has specifically written about Egyptian Gods, a practice usually kept behind the closed doors of the temples. The deity called Aten inspired such devotion in Pharaoh Akhenaten that he built a new capital city which he named ‘Horizon of the Aten’ (modern Amarna), dedicated to the AΘen. He spoke of a deity with no image, an omnipotent God/goddess that emanates aNX, holy spirits, served by all the other Ancient Egyptian Gods, as the ancient saints or angels, who all had their own role in the kingdom of God.

Moses and Akhenaten: The Secret History of Egypt at the Time of the Exodus 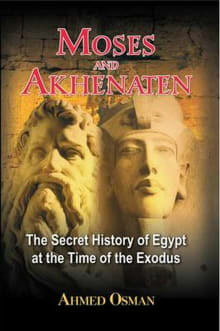 A historian, lecturer, researcher, and author, Ahmed Osman is a British Egyptologist born in Cairo who published three books: Stranger in the Valley of the Kings (1987), Moses: Pharaoh of Egypt (1990) and The House of the Messiah (1992) says that Tut-Ankh-Amun had a very similar “story” to Jesus.

The Egyptian Book of the Dead contains the Ancient Egyptian Negative Confessions that were originally written on Temple walls and as the burial texts, and were "I have not stolen...", "I have not killed", etc., a letter written to Gods, engraved on Temples walls and prepared as Papyruses 2,000 BC and were equal to "Thou shalt not", the Ten Commandments of Jewish and Christian ethics, later perceived as divine revelation. The Negative Confession is accompanied by a list of protective sounds and symbols that kept souls safe from demons. Just for the history lovers, the timeline of these is the following:

3150 BC – First preserved hieroglyphs, in the tomb of a king at Abydos

2345 BC – First royal pyramid, of King Unas, to contain the Pyramid Texts, carved for the king

2100 BC – First Coffin Texts, painted on the coffins

Ahmed Osman tells us about Tut-Ankh-Amun Trinity and Jesus:

“In the tomb of Tut-Ankh-Amun (*note the name TuT aNX aMN) there is a unique scene, representing the Trinity of Christ. As I stood alone, gazing at the painting of the burial chamber on the north wall, I realized for the first time that I was looking at the strongest pictorial evidence linking Tutankhamun and Christ.” 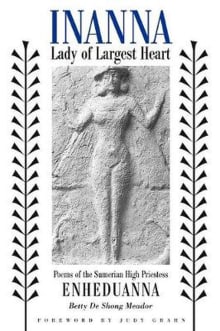 Scholars have disagreed when written records become literature, yet the earliest literary authors known by name are Ptahhotep (who wrote in Egyptian) and Enheduanna (who wrote in Sumerian), dating to around 2400 BC. Enheduanna is the earliest known Female Poet. She was the High Priestess of the goddess Inanna and the moon god Nanna (Sin). She lived in the Sumerian city-state of Ur in Syria. So this would be my 3rd recommendation for all the researchers of Ancient History.

Enheduanna's contributions to Sumerian literature, include the collection of hymns known as the "Sumerian Temple Hymns", 37 tablets to be exact, from 2,700 BC. The temple hymns were the first collection of their kind, the copying of the hymns indicates that they were used long after and held in very high esteem.

Sīn or Suen (Akkadian: EN.ZU or lord-ess of wisdom) or Nanna was the goddess of the moon in the Mesopotamian religions of Sumer, Akkad, Assyria, and Babylonia. Nanna (the classical Sumerian spelling is DŠEŠ.KI = the technical term for the crescent moon, also refers to the deity, is a Sumerian deity worshiped in Ur (Syria you must have guessed). The book is a precious collection of the world's oldest rituals, and hymns that had influenced the development of all religious thoughts. 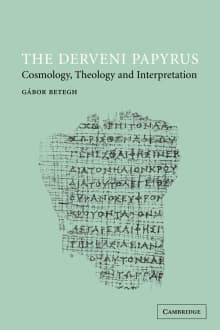 The Derveni papyrus (500 BC), an ancient Macedonian papyrus that was found in 1962, and was finally published, just recently, in 2006. Derveni Papyrus, is now at Thessaloniki Museum, Greece. This version was published in 340 BC and it is an Orphic book of mystical initiations.

The scroll was carefully unrolled and the fragments joined together, thus forming 26 columns of text. which was used in the mystery cult of Dionysus by the 'Orphic initiators'. It is a philosophical treatise written as a commentary on an Orphic poem, a Theogony concerning the birth of the gods, compiled in the circle of the philosopher AnaXagoras.

The scroll contains a philosophical treatise on a lost poem describing the birth of the gods and other beliefs focusing on Orpheus, the mythical musician who visited the underworld to reclaim his dead love. The Orpheus cult tells us of a single creator god, of the trinity, of resurrection, of a virgin's child, back in the Macedonian region of Ancient Greece that was the Ancient Europe during 400 BC...

Both Orpheus and Heraclitus compose allegories about the secrets of nature and of God. In the Orphic cosmogony, he was writing only for the "pure in hearing". 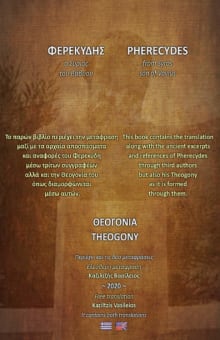 The Ancient Greek manuscript tradition and writing of history usually starts with re-writing myths, mentioning the creation story, or using the collection of myths from the Greek work called the Theogony Θεογονία “Birth of the Gods” attributed to Hesiod 700 BC. It is a long narrative poem compiling Ancient Greek myths. Hesiod describes how the gods were created, their struggles with each other, and the nature of their divine rule. In the Theogony, the origin (arche / aRČe) is Chaos, a primordial condition, a gaping void (abyss), with the beginnings and the ends of the earth, sky, sea, gods, mankind. Symbolically associated with water, it is the source, origin, or root of things that exist. Then came Gaia (Earth), Tartarus (the cave-like space under the earth), and Eros, who becomes the creator of the world