#AncientGreek Theogony Θεογονία #mythology “Birth of the #Gods” attributed to Hesiod 700 BC, and the Derveni Papyrus 500 BC 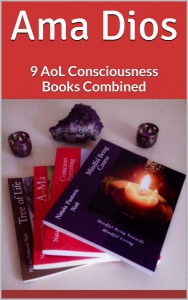 Learning from symbols, and ancient art by Natasa Pantovic

Metamorphoses. Transformation. A journey of a soul passing through Gaia, but also an epic poem in fifteen books written 2,000 years ago, by the Roman poet Ovid, completed in 8 AC inspired by the Ancient Greek Theogony Θεογονία “Birth of the Gods” attributed to Hesiod 700 BC, and the Derveni 500 BC.

The poet's writings are based on already fully established Ancient Greek manuscript tradition. Re-writing myths, the creation story, Ovid begins by describing how the elements emerge out of chaos, and how mankind degenerates from the Gold Age to the Silver Age to the Age of Iron. This is followed by an attempt by the giants (Titans) to seize the heavens, at which the God Jove sends a great flood which destroys all living things except one couple, Deucalion and Pyrrha.