21 Symbols Stamps of Neolithic Settlement in Serbia 6,000 BC

Around one hundred years ago, at the Nuzi site of northern Babylon, an egged shaped envelope with forty nine pebbles inscribed with Cuneiform inscription describing the herd of goats and lambs, was found. We now only have the record of the archaeologist Schmandt-Bessart describing the excavation published in 1992. It wasn't until much later that the Archaeologists of our little planet have challenged the description of the pebbles and symbols found on the site. In the eighties, identical small clay artefacts were found at Near Eastern Neolithic sites. Archeological Findings of Neolithic Europe, 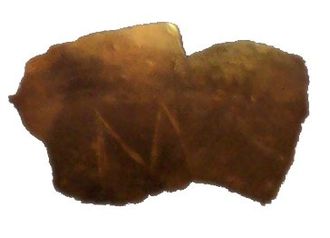 Fragment of a clay vessel with an M-shaped incision Neolithic Europe Vinča Serbia Danube 5,300 BC

Wisdom of Symbols of the oldest Neolithic Culture in Vinča, Europe 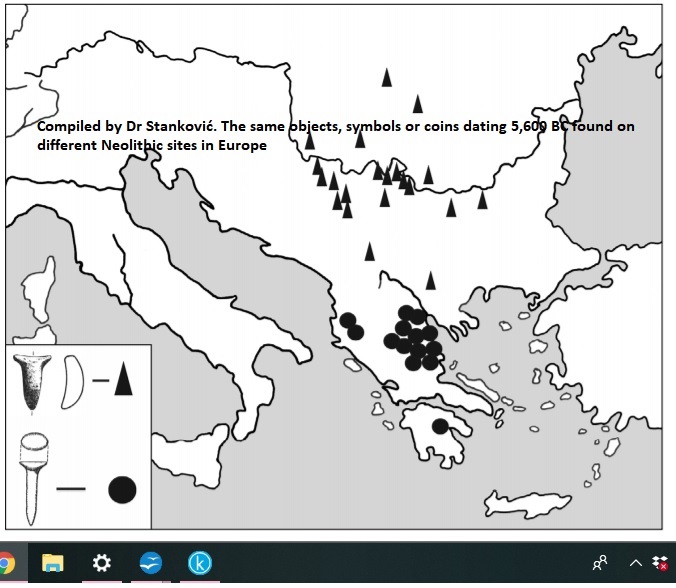 "DatDas organizes a catalogue of 5,421 actual signs. These are recorded from a corpus of 1,178 inscriptions composed of two or more signs and 971 inscribed artifacts (some finds have two or more inscriptions).”

The Archeological Hacilar Settlement of Neolithic Europe dated to 6,000 BC and the Stamps 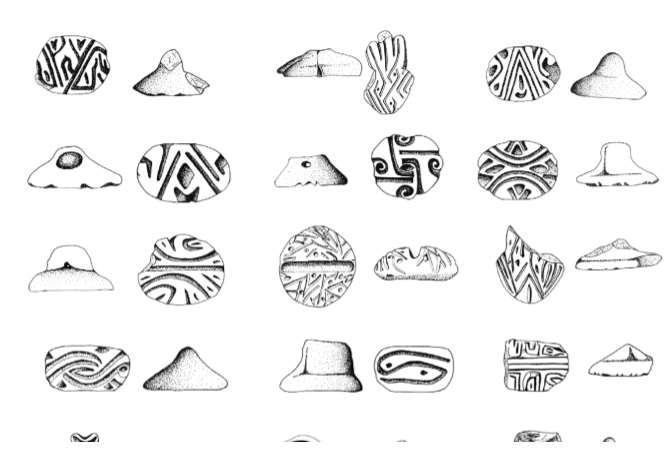 Nea Nikomedia clay seals assemblage consists of almost all the shapes and 10 of 21 ornaments that have circulated in the Balkans in the Early Neolithic period. The archeologists can not as yet decifer the messages passed with these stamps conecting the settlements within a hundreds or even more than a thousand kilometres. The symbols were associated with prestigious locations or items within the sites.